From 1999 through 2019, 840,000 people in the U.S. died from a drug overdose.1 Misusing certain drugs may be more harmful than others, which is why it’s important to be aware of life-threatening drugs and of deadly drug interactions.

You may ask yourself, “What is the most deadly drug?” Based on statistics from the Centers for Disease Control and Prevention and the Drug Enforcement Administration, the following substances represent the top 10 entries on the most dangerous drug list.

In This Article: Top 10 Killer Drugs

Nicotine is a stimulant drug found in cigarettes and other forms of tobacco, including cigars, snuff, and most e-cigarettes.2 In the U.S., it is illegal to sell nicotine products to anyone under the age of 21.3

When used by people under the age of 25, nicotine can change your brain chemistry, affecting your mood, attention span, and your ability to learn or control impulses.4

Nicotine products contribute to nearly 500,000 deaths each year in the U.S., with at least 41,000 resulting from secondhand smoke.5 Around the world, tobacco products contribute to 7 million deaths each year, making it the most dangerous drug per capita in many countries.6 However, quitting smoking before the age of 40 can reduce your risk of nicotine shortening your life by 90%.7

Acting as both a stimulant and a relaxing agent, nicotine is an addictive substance.5 When consumed in most tobacco products, dangerous smoke and other chemicals are introduced into your body, concentrated in your throat and lungs. Nicotine products increase your risk for stroke, heart disease, lung cancer, and chronic obstructive pulmonary disease (COPD).5

From FDA-approved medications to quit-smoking apps and conversations with medical professionals, help for nicotine addiction is available and effective.8, 9 These methods have helped 3 out of every 5 adult smokers who attempt to stop using nicotine successfully quit.9

Each day in the U.S., 261 people die from excessive alcohol use, adding up to more than 95,000 premature deaths per year.10 More than half of all alcohol-related deaths are due to health impacts from long-term drinking, such as various types of cancer, heart disease, and liver disease.10 A large number of deaths also occur from alcohol-involved drug overdoses, suicide, and motor vehicle crashes. In the U.S., anyone over the age of 21 can legally drink alcohol.10

Alcohol is a depressant drug that impacts your central nervous system. Initially, it causes relaxation, but with increased consumption, alcohol can slow down your reactions and cause loss of balance, slurred speech, and impaired brain function.10

Alcohol is also a highly addictive legal substance. It is easy to miss warning signs of alcohol addiction and alcohol-related health problems when social alcohol use encourages behaviors, including binge or heavy chronic drinking.10

Help for alcohol addiction includes medical detoxification, therapy, peer support groups, and inpatient rehabilitation. With the right treatment, many people who struggle with alcohol misuse can regain a life of health and sobriety.10

Fentanyl is an opioid prescription drug that is also made and used illegally. As a prescription medication, legal fentanyl is a powerful pain killer, often used to relieve pain for patients with advanced forms of cancer.11 It is 50-100 times more powerful than morphine.11

Most cases of fentanyl overdose are linked to illegally made forms of the drug.12 Each year in the U.S., more than 36,000 people die from synthetic opioids, including from fentanyl overdose.12

Overcoming opioid addiction alone can be challenging, but with support and intense treatment, including medication-assisted therapy and behavioral therapy, recovery is possible.13

Heroin is an illegal, extremely addictive opioid. Heroin is made from morphine, a natural substance that comes from the seed pod of various opium poppy plants.14 In 2019, heroin overdoses contributed to nearly a third of all opioid-related deaths in the U.S., making it one of the most deadly drugs.15

As an opioid, heroin is very difficult to quit, but treatment can help you overcome addiction.14 Evidence-based approaches to treating heroin use disorder include medications such as buprenorphine, methadone, and naltrexone combined with behavioral therapy.14 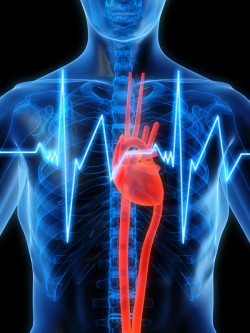 Cocaine is highly addictive and can cause heart failure.

Cocaine is a highly addictive illegal stimulant made from the leaves of the coca plant native to South America. Almost 14,000 Americans die from cocaine overdoses each year, making it one of the most dangerous drugs.16  As a street drug, it is often mixed with other drugs that can make it even more deadly.17

Once ingested—usually by being snorted, smoked, or injected—cocaine raises dopamine levels in your brain. While this can trigger feelings of euphoria, cocaine use can also trigger heart attacks, stroke, and death. After the initial euphoria, people who misuse cocaine may feel paranoid, agitated, anxious, or depressed. Long-term use of cocaine can impair your immune system, which may make you more vulnerable to contracting serious infections.17 Because cocaine can be injected intravenously, people who use cocaine are at higher risk for HIV and hepatitis infections due to exposure to the blood of individuals with these conditions or to the use of nonsterile syringes. Long-term cocaine use may also lead to malnourishment and weight loss due to decreased appetite. It may also make you susceptible to movement disorders such as Parkinson’s disease.17

Oxycodone, the active ingredient in OxyContin and Percocet, is a prescription opioid pain medication.

While oxycodone will initially make you feel happy or relaxed, up to 25% of people who take this medication develop an addiction.18 Misuse of this drug leads to 25% of all drug overdose deaths in the U.S., making it one of the top deadly drugs.18

The most effective treatments for oxycodone addiction include medication combined with therapy such as CBT.13

Morphine is another highly addictive opioid drug, often used in medical settings to help with pain relief. Originally, morphine was used almost exclusively by injection. Today, other forms of morphine include oral solutions, tablets, and capsules. Morphine is commonly misused because it triggers euphoric highs, as well as relaxation and drowsiness.19

Each year, morphine contributes to over 5,000 deaths in the United States.18 Your risk for fatal morphine overdose increases dramatically if you use morphine in combination with other drugs.15 Treatment for morphine addiction follows the recommended standards for opioid treatment, which include medication and therapy.13

Sleeping pills are used by thousands of people nation-wide, but many are unaware of their dangers until it is too late. It’s important to know the signs and consequences of an addiction to sleeping pills.

Methamphetamine is an extremely addictive central nervous system stimulant.20 This drug can trigger highs that last for days.21 In 2016, more than 7,500 Americans died from drug overdoses related to methamphetamine misuse.18

People who struggle with methamphetamine misuse may lose weight rapidly or experience severe tooth decay and loss.21 Long-term use of methamphetamines can result in substantial cognitive changes,  impacting a person’s memory, attention, and executive brain function.21 The most effective treatments for methamphetamine addiction involve behavioral therapies.21

Xanax is the brand name for alprazolam, which is a benzodiazepine—a class of prescription medications that address anxiety and sleep disorders by interacting with your body’s GABA-A neurotransmitter.22 Xanax is also prescribed for other conditions, including detoxification from alcohol and other substances, muscle spasticity, and convulsive disorders.23

More than 6,000 Americans died of Xanax-related causes in recent years.1 Many deaths related to Xanax also involved fentanyl overdoses and the use of other opioids, causing deadly drug interactions.23

With treatment, you can break free of benzodiazepine addiction. Due to the risk of experiencing life-threatening drug interactions, always tell your doctor about any opioid use before filling a Xanax prescription.

Acetaminophen (Tylenol) is an over-the-counter painkiller that researchers believe works by inhibiting neural pathways that transmit pain signals.24 While people don’t typically misuse this medication, an acetaminophen overdose can result in liver toxicity because that’s where your body metabolizes this medication.24

In fact, acetaminophen overdose is the most common cause of acute liver failure in the U.S., accounting for 56,000 emergency room visits, 2,600 hospitalizations, and 500 deaths in the U.S. each year.24

If you suffer from an acetaminophen overdose, you’ll need immediate medical attention. Treatment may involve oral charcoal to help absorb the drug in your body, as well as oral or IV N-acetylcysteine, depending on the levels of toxicity in your body.25

Even if you struggle with one of the most deadly drug addictions, help is available. Call 800-407-7195(Who Answers?) today and speak to an addiction specialist to explore your treatment options.

The top 10 most deadly drugs are dangerous because of their potential for misuse and addiction. Don’t wait until it’s too late. Get help for a substance use disorder today.