Fentanyl is a powerful synthetic opioid painkiller, similar to morphine but much more potent—50 to 100 times more potent.1 It’s normally used to treat patients with severe pain or to deal with pain after surgery.

According to the Drug Enforcement Administration (DEA), fentanyl is a Schedule 2 prescription drug that has a high potential for misuse.2 If you use them continually, you may experience physical dependence or addiction. Fentanyl is considered dangerous if used inappropriately and is deadlier than heroin.

Educating yourself on the dangers of fentanyl use, the potential for misuse/addiction, associated health risks, and treatment options may prevent you or a loved one from experiencing the harm associated with this drug.

Fentanyl is prescribed in the following forms:3

Fentanyl is one of the most powerful forms of opioid painkillers. You need a prescription for fentanyl—however, it has also been manufactured and sold illegally on the streets. Illegal forms are unregulated and are manufactured without the important quality measures of pharmaceutical-grade fentanyl.3

Illegally-manufactured fentanyl is sold in powder form, dropped onto blotter paper, put in eye droppers and nasal sprays, or made into phony pills that copy other prescription opioid pills.3 It’s not always easy to know what you’re getting. Fentanyl can deceptively be mixed into other drugs, like heroin, cocaine, methamphetamine, and MDMA (ecstasy).

Historically, deaths involving illicit fentanyl have mostly occurred in the 28 states east of the Mississippi River, where the heroin market has primarily been dominated by white powder heroin.4

The potent combination of fentanyl mixed with heroin or other illegal drugs is dangerous. You may not even realize that the drugs you are taking contain fentanyl, which increases the chances of overdose or death.3

Schedule II drugs, such as fentanyl, are listed as drugs with a high potential for misuse, potentially leading to severe psychological or physical dependence.2 Like other strong opioid painkillers, the chemical compounds in fentanyl attach to opioid receptors in your brain, causing heightened feelings of elation and euphoria.

Over time and with continued use, your brain gets used to the fentanyl, making it hard to normalize or feel pleasure without the drug.5

Fentanyl side effects include:5

Because fentanyl causes induced feelings of happiness, the misuse cycle can start early. If it continues, you may experience full-blown addiction to the opiate drug, making it extremely difficult to get a handle on it. Continued use of fentanyl can lead to:1,3,5

Fentanyl overdose occurs when the drug causes severe side effects and life-threatening symptoms. If you overdose on fentanyl, you can stop breathing. This is called hypoxia, and happens if there isn’t enough oxygen getting to your brain. Hypoxia can lead to a coma and permanent brain damage, even death.

Fentanyl misuse and overdose can be serious. Call 911 immediately if you see someone exhibiting these signs:7

Signs and Symptoms of Fentanyl Addiction

Fentanyl misuse can lead to dependence and, in extreme cases, fentanyl addiction. If you are addicted to drugs, you continue to use them even though they cause health problems or issues at work, school, or home. Addiction is the most severe form of a substance use disorder (SUD) and can range from mild to severe.5

Addiction to fentanyl would be considered an opioid use disorder (OUD). The Diagnostic and Statistical Manual of Mental Disorders, 5th Edition (DSM-5) specifically recognizes fentanyl addiction as an OUD. If you fall into the category of fentanyl addiction, you would be clinically considered to have an opioid use disorder (at the severe end of the continuum).

The DSM-5 describes opioid use disorder as “a problematic pattern of opioid use leading to problems or distress,” with at least two of the following occurring within a 12-month period:8

Fentanyl is addictive because of its strength. It’s one of the more potent forms of opioids. Even if you are taking prescription fentanyl as instructed by a doctor, you can still become dependent on it. One sign of dependency is experiencing withdrawal symptoms when you stop using the drug.

Like other opioids, you can be dependent on a drug without being addicted, but dependence can sometimes lead to addiction. People addicted to fentanyl who stop using it can have severe withdrawal symptoms only hours after taking their last dose. These symptoms are physically uncomfortable, and many people can’t stop using fentanyl because of this reason alone.3,5,6

Fentanyl withdrawal symptoms can be hard to ward off. You may need to medically detox or get treatment to wean off. This can occur in a medical detox or supervised setting.

Treatment for Fentanyl Addiction and Abuse

Detox is the first step in fentanyl addiction treatment and can be medical (medication-assisted) or non-medical (without the use of medication). The health care professional will determine what you need to wean off fentanyl successfully. In some instances, certain medications can be used to aid in the withdrawal and detox process.9

Medications that have been used in treating fentanyl addiction include:3,9

Behavioral therapies for addiction to opioids like fentanyl can help you change your thoughts and behaviors around drug use, establish healthy life skills, and develop resilience.9

A few examples of behavioral therapies may include:3

Often, treatment programs will offer a variety of therapeutic tools and/or medication-assisted programs for those struggling with fentanyl addiction. Whether you need detox, treatment, medication, or a combination of all three, effective programs are tailored to your specific needs. The sudden surge in fentanyl-related deaths has caused a greater need for support.

Fentanyl is a dangerous drug that can have severe health consequences if it is misused. Many resources are available to address your concerns. If you are struggling with a fentanyl addiction, please get help now.

Fentanyl is a strong opioid painkiller that has a high risk for abuse, addiction, and overdose. Learn how to safely use fentanyl.

Fentanyl Side Effects and Addiction Signs

Fentanyl, a synthetic opioid, is about 100 times more potent...

Teen fentanyl abuse can lead to tragic consequences. In 2015,... 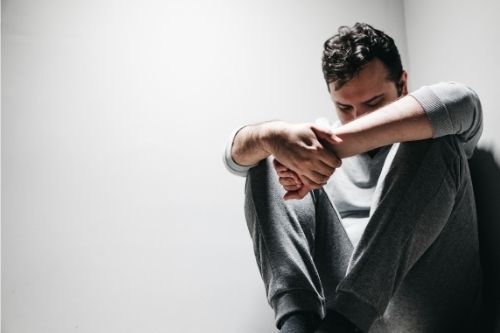 Why Fentanyl Is Deadlier Than Heroin

Each year, fentanyl plays a role in half of all...