The U.S. Drug Enforcement Administration (DEA) classifies or “schedules” drugs according to their potential for misuse as well as whether they have known medical or therapeutic uses. Schedule 1 drugs have the highest potential for misuse with no known medical use. Schedule 2 narcotics are prescribed to treat pain and have a high-risk profile. All other scheduled drugs have some valid medical use, with Schedule V drugs being considered controlled substances with the lowest risk of misuse.

What Are Schedule 2 Narcotics? 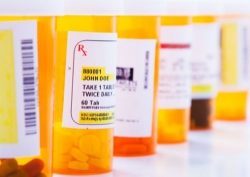 The DEA describes Schedule 2 drugs as having a high potential for misuse that can lead to “severe psychological or physical dependence.”1  Schedule 2 narcotics can be prescribed by a doctor or obtained illegally on the street. Recently, narcotics have become notorious for their danger as drugs of misuse and their risk for overdose.3

The term “narcotics” may be defined in various ways depending on context. In lay-person terms, it’s generally used to describe any mood or mind-altering substance. The DEA specifically defines narcotics as drugs that are derivatives of opium, or synthetic versions of it―all known as “opioids.” By this definition, the terms “narcotics” and “opioids” can be used interchangeably. 1,2

Examples of Schedule 2 narcotics include:1,2

As narcotics share the same fundamental composition, they have many of the same qualities in common, including pain reduction, intoxication, side effects, risks of misuse and overdose, and withdrawal symptoms. They differ mostly in terms of the potency of the opioid derivative they contain. Schedule 2 narcotic laws regulate opioids as drugs that are legally available only by prescription.2 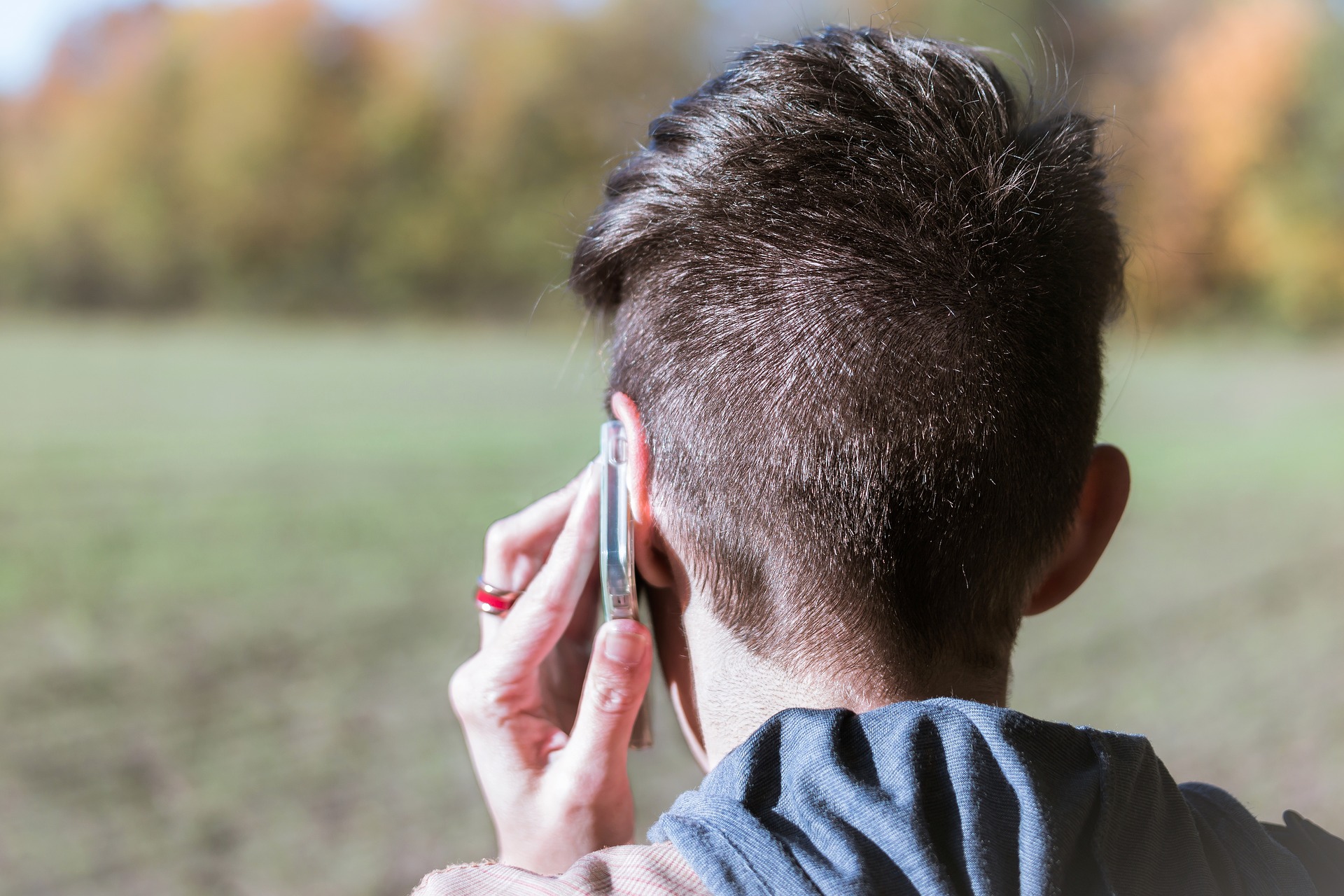 When people abuse prescription narcotics, they are doing so illegally. Knowing this, they often create street names to refer to these drugs to try and keep their use secret.

Schedule 2 narcotic intoxication is marked by:4

Side effects of Schedule 2 narcotics include:5

Symptoms of Schedule 2 narcotics overdose include:5

Which Drugs Are Schedule 2 Narcotics?

Schedule 2 narcotics include powerful pain medications with a high risk of misuse. Their uses range from treating coughs and post-operative pain to relieving pain from cancer.

Opium is a highly addictive non-synthetic narcotic that is extracted from the poppy plant, Papaver somniferum.1 The opium poppy is the key ingredient for all organic narcotics, including morphine, codeine, and heroin. A milky fluid in the unripe seedpod of the poppy plant is scraped by hand and air-dried to produce opium.1

Opium can be a liquid, solid, or powder, but most poppy straw concentrate is available commercially as a fine brownish powder. Opium can be smoked, intravenously injected, or taken in pill form. Opium is also misused in combination with other drugs. For example, “Black” is a combination of marijuana, opium, and methamphetamine, and “Buddha” is potent marijuana spiked with opium. Opium analogs work quickly when smoked because the opiate chemicals pass into the lungs, where they are quickly absorbed and then sent to the brain.

An opium “high” is very similar to a heroin “high;” people experience a euphoric rush, followed by relaxation and the relief of physical pain.1

Morphine, also known as MS Contin, has been used to relieve pain for many years. It is considered the prototype for therapeutic opiates. Its potency serves as a standard by which other opiates are measured.3

Oral morphine comes in either immediate-release or sustained-release form and remains the analgesic of choice for moderate or severe cancer and postoperative pain.6 Morphine is available in tablets, capsules, liquids, injections, and suppositories.6

Codeine is a Schedule 2 narcotic that is about 10-15% as potent as morphine.3 It is often used as the active ingredient in prescription cough medicines. As of 2018, it was the most prescribed opiate globally, and the fourth most prescribed in the U.S.3 Medications that contain codeine make can be Schedule 2 or Schedule 3 narcotics dep­ending on the strength of the codeine.7

Street names for codeine include: 8

Fentanyl (Duragezic or Sublimaze) is a powerful synthetic opioid painkiller. It is 50- 100 times more potent than morphine, depending on the route of administration.3 Fentanyl can be taken by prescription in multiple forms: intravenously, intramuscularly, transdermally through a patch, sublingually (i.e., under the tongue), as a lozenge, or as a nasal spray.3

Fentanyl has also been manufactured and sold illegally on the streets.9 Illegal analogs are unregulated and are manufactured without the important quality measures of pharmaceutical-grade fentanyl. Illegal fentanyl is a major contributor to recent increases in synthetic opioid overdoses.9

Hydrocodone (Lortab, Norco, or Vicodin) is often prescribed as a combination drug with acetaminophen—the active ingredient in Tylenol—to relieve severe pain. It has a similar potency to morphine.3 It is probably most well-known in the U.S. by its brand name, Vicodin.

The U.S. is responsible for about 99% of global hydrocodone prescriptions.3 Hydrocodone is available in tablet, solution, or elixir form. In 2014, the DEA changed its status from a Schedule 3 to a Schedule 2 controlled substance because of its role in the ongoing opioid epidemic.10

Hydromorphone (Dilaudid) is 5-10 times more potent than morphine.3 Dilaudid comes in tablet form, oral solutions, injectable forms, and rectal suppositories. Dilaudid is commonly misused for the intense euphoria or “high” it produces. A major appeal for many people who misuse Dilaudid is that it acts quickly, within 10-15 minutes.11

Street names for hydromorphone include:11

Methadone (Dolophine) is a synthetic opioid agonist that helps to eliminate withdrawal symptoms and relieve drug cravings by acting on opioid receptors in the brain.12, 13 Methadone is often used as medication-assisted treatment (MAT) to help mitigate problems related to addiction to opioids, including heroin and prescription painkillers.12

Despite its role in addiction treatment, methadone is still a Schedule 2 narcotic. In fact, in the early 2000s, it was one of the most life-threatening drugs related to overdose fatalities. In more recent years, doctors are prescribing methadone less frequently in response to its potential for life-threatening misuse.3

Oxycodone may be prescribed due to its lower side effect profile compared to other Schedule 2 narcotics. Despite that, its risks remain the same as other Schedule 2 narcotics. Over the past decade, oxycodone—specifically as OxyContin—has been one of the most prescribed opioid medications. Studies vary in determining whether oxycodone or hydrocodone is the most misused opioid in the U.S. 3

What Are the Non-Narcotic Schedule 2 Drugs?

Schedule 2 drugs that are stimulants include medications for attention-deficit hyperactivity disorder (ADHD) and illicit substances like cocaine and methamphetamine. As a class, stimulant drugs’ therapeutic profiles, risks, withdrawal symptoms, and overdose risk are similar.

Symptoms of stimulant intoxication include:4

Side effects and overdose symptoms associated with stimulant use include: 4, 14

Symptoms of stimulant withdrawal include:4

Methylphenidate is considered the prototype for ADHD medications and is one of the oldest medications for that use. It is similar to other stimulants in terms of its therapeutic properties, potential side effects, and risk of misuse. Methylphenidate medications include14:

Ritalin is one of the oldest methylphenidate stimulants on the market and is still a common first-line pharmacotherapy choice for ADHD. Methylphenidate is linked to an exacerbation of seizures in some people with opioid addiction.14 This is especially true if it is given in high doses or combined with certain other medications, like sertraline (Zoloft).14

The other major class of ADHD medications is amphetamine salts. As Schedule 2 drugs, they are considered to have a high risk for misuse. Misuse includes people taking them in excess, using them without a prescription, and taking them for non-ADHD management purposes.1 These include:

Adderall is one of the most commonly prescribed ADHD medications today and has largely replaced older drugs like Dexedrine.14

It may be surprising to learn that cocaine has contemporary use in medical settings. It is used most often by ear, nose, and throat (ENT) doctors as a topical numbing agent in mucous membranes such as the nasal airway.15 Occasionally, patients experience increased heart rate and blood pressure, but the effects are largely limited to the local area being numbed and do not cause physiological or mental changes.15 However, after receiving topical cocaine, toxicology tests can be positive for up to a week following treatment.15 Medical cocaine can be misused the same way street cocaine can be, and thus medical cocaine is considered at risk of diversion at points between the manufacturer, pharmacy, and clinicians.

Cocaine is perhaps better known for as an illicit street drug. It can be smoked, snorted, and injected. These methods of taking cocaine have much a more potent effect than consuming prescription stimulants by mouth. For this reason, risks of adverse effects and overdose are much higher, and the withdrawal—or “crash”—is much more acute.16

Methamphetamine (meth) is an illicit substance synthetically made from a combination of over-the-counter drugs. It is available as a prescription medication, Desoxyn, which is primarily prescribed for ADHD.

As a street drug, methamphetamine may be inhaled, smoked, swallowed, or injected. It has many different street names, such as:18

Meth has the same effects as other stimulants. However, like cocaine, the effects are much more pronounced, and the risk for overdose is significantly higher when using street versions. Methamphetamine can also cause psychosis, extreme itchiness, aggression, and cognitive deficits.17

Barbiturates are central nervous depressants included in DEA Schedules 2, 3, and 4, depending on potency and risk profile.1 In higher doses, barbiturates can be life-threatening and may induce coma.

Barbiturates have historically been used to treat seizures, insomnia, and anxiety.19 They have largely been replaced by benzodiazepines like clonazepam, diazepam (Valium), and alprazolam (Xanax) as the drugs of choice for these indications. However, barbituates are still prescribed and pose a risk for misuse and dependency like other Schedule 2 drugs.19

Examples of Schedule 2 barbiturates include:19

What Are the Drug Risks of Schedule 2 Narcotics?

The DEA clearly establishes that Schedule 2 drugs can be dangerous substances, if misused. This is attributed almost exclusively to their risks for intoxication, dependence, and overdose.

Schedule 2 narcotics and other drugs pose a higher risk for people who have a history of, or contributing factors for, addiction.1 Opioid use disorder—the clinical diagnosis of addiction to opioids—is characterized by experiencing at least two of the following, within the last year:4

Effective treatment options are available for substance use disorders, whether they involve opioids, stimulants, or barbiturates. If you think you or someone you know needs help with Schedule 2 drug use or any other substance use, call 800-407-7195(Who Answers?) .

Schedule 2 drugs contain opioid medications, stimulants, and barbiturates. All come with a high risk of dependence, addiction, and overdose.