Codeine Abuse Risks and When to Consider Treatment

Codeine, one of the less potent opiate drugs, nonetheless carries the same abuse and addiction potential as oxycodone, morphine and heroin when codeine abuse practices become an everyday indulgence. Like all opiate drugs, codeine influences brain chemical processes in such a way as to alter the brain’s chemical system over time.

Whether using this drug for pain-relief, as a cough suppressant or for recreational purposes, the risk of falling into codeine abuse practices remains. Understanding how this drug impacts brain and body functions can go a long way towards preventing a serious drug problem from taking hold of your life.

Codeine’s pain relieving effects start in the brain through the drug’s interactions with individual brain cell sites. Certain brain cells produce neurotransmitter chemicals, such as serotonin, dopamine and norepinephrine, which play central roles in regulating the central nervous system as well as most every major system in the body.

According to Columbia University, this increase in neurotransmitter levels blocks incoming pain signals from reaching the brain, which accounts for the reduction in pain symptoms. Since the brain’s cells have to work extra hard in the process, they inevitably start to develop signs of wear and tear, which ultimately weakens their responsiveness to the drug’s effects.

Muscle aches and pains are a symptom of codeine withdrawal.

The body’s growing dependence on codeine effects becomes one of the very first signs of a developing codeine abuse problem Physical dependency develops out of the damage done to the brain’s chemical-producing cells, leaving them unable to function normally without codeine’s effects.

At this point, the brain can no longer regulate the body’s functions as normal so physical dependency naturally breeds withdrawal symptoms, especially when needed amounts of codeine are lacking. Withdrawal symptoms typically take the form of:

For the most part, the codeine abuse cycle runs all by itself in terms of driving a person to keep taking the drug. When left untreated, this cycle creates the optimal conditions for an addiction problem to take root.

By the time addiction sets in, chemical imbalances have started to impair the brain’s reward system functions, an area that determines a person’s motivations, needs and priorities, according to the National Institute on Drug Abuse. In effect, psychological dependency lies at the heart of addiction as the mind has come to view codeine as a means for coping with daily life. These developments only work to reinforce the codeine abuse cycle by inciting compulsive drug-using behavior.

Codeine’s ability to relieve pain symptoms stems from the slowing effects it has on chemical activities throughout the brain and body. This translates into slower heart rates and breathing rates, not to mention all the other systems under the control of the central nervous system.

With a large enough drug dose, codeine can easily shut down the body’s respiratory system at which point a person can no longer breathe. Considering how quickly codeine abuse damages brain cell structures, dosage level increases can happen within a fairly short period of time depending on how often a person uses the drug. 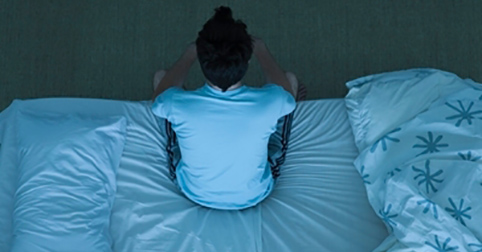 Codeine, an opiate commonly used to treat mild to moderate pain symptoms, can be obtained with a prescription as well as from any store that stocks pain relief remedies. Codeine also works well as a cough suppressant. As the first opiate drug approved for over-the-counter sales, codeine remains one of the most commonly prescribed drugs …

If you or someone you know struggles with a codeine abuse problem and have further questions about the risks associated with codeine use, please feel free to call our toll-free helpline at 800-407-7195(Who Answers?) to speak with one of phone counselors.

Codeine, one of the less potent opiate drugs, nonetheless carries the same abuse and addiction potential as oxycodone, morphine and heroin when codeine abuse practices become an everyday indulgence. Like all opiate drugs, codeine influences brain chemical processes in such a way as to alter the brain’s chemical system over time. Whether using this drug …

How is Suboxone Used to Treat Opioid Addiction?

How Likely is It for a Prescription Narcotic Abuser to Switch to Heroin?