Codeine, one of many opiate-type drugs, offers a quick an effective solution for relieving pain symptoms. Unlike most other opiate drugs, codeine-based drugs exist as over-the-counter medications, which opens up an easy access route for dependency and addiction to take root.

Opiate drugs in general naturally “blend in” with brain chemical processes to the point where the brain grows to accept and integrate opiates as one of its own chemicals. These interactions set the stage for dependency and codeine addiction symptoms to develop.

Here are the 10 most common codeine addiction symptoms to watch out for: 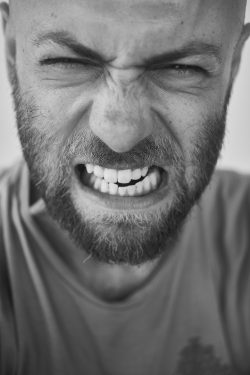 Feeling sick or agitated without codeine is a sign you are becoming addicted to it.

Opiates in general interfere with specific cell receptor sites located in the brain, spinal cord and digestive tract. Over time, digestive problems, such as diarrhea, nausea and stomach cramps develop as receptor lose their ability to secrete needed neurotransmitter chemicals.

Agitation symptoms take shape as the brain tries to compensate for codeine’s “slowing” effects on the body. In response, the brain secretes high levels of norepinephrine as a counter-balance measure.

Side Effects of Codeine You Should Seek Help For

As a codeine addiction symptom, signs of confusion indicate significant brain chemical imbalances are at work as the cognitive areas of the brain start to break down.

Psychological dysfunction may take the form of psychotic-like behaviors, bouts of depression or persistent feelings of anxiety. This symptom also points to significant brain chemical imbalances.

According to Columbia Health, lifestyle disruptions in the form of financial problems, damaged relationships and work problems indicate a full-blown addiction is at work. Once codeine addiction symptoms start to invade a person’s daily habits, routines and priorities, it’s time to seriously consider getting professional help.

Codeine is commonly found in cough syrups and other medications. The drug has abuse and addiction potential, which can lead to many problems in a person’s life.