Are All Narcotics Illegal?

While all narcotics are not illegal, there is a discrepancy in how the term itself is used and which drugs it exactly covers. Medically speaking, though, there are many narcotics that can be used legally while under a doctor’s care.

What Does “Narcotic” Mean?

Narcotic is a term that covers many types of drugs and medications, some of which are illegal to use any time while others do have safe, legal uses in the medical world. According to the National Library of Medicine, “Narcotics work by binding to receptors in the brain, which blocks the feeling of pain.” However, these drugs also create a number of other symptoms, which is why there is some confusion as to their legal status.

Narcotics are opioid-based drugs, and the term itself is just another name for these substances. As stated by the Drug Enforcement Administration, the term “comes from the Greek word for ‘stupor’ and originally referred to a variety of substances that dulled the senses and relieved pain.” While it only refers currently to those drugs that have an opioid base, whether synthetic, semi-synthetic, or natural, there is still a considerable amount of confusion over which drugs are considered narcotics and whether they are all illegal.

What is the Legal Status of Narcotics?

The DEA states, “Though some people still refer to all drugs as ‘narcotics,’ today ‘narcotic’ refers to opium, opium derivatives and their semi-synthetic substitutes.” This is the most accurate use of the term in a medical sense, and because many of these drugs, such as fentanyl, oxycodone, hydrocodone, etc., can be used legally under a doctor’s care, it is plain to see that not all narcotics are illegal.

However, the term is still sometimes used in legal situations such as court cases on drug abuse and legal writings to refer to all illegal drugs or drugs that have been used illegally. This is where much of the confusion about the term comes from. Though it can be appropriate to use it in this way in some instances, the most accurate description includes only opioid-based drugs, either illegal or prescription. Even when it is not used this way, though, it may be referring to the illegal use of legal drugs, so even in this sense, all narcotics are not, by definition, illicit. 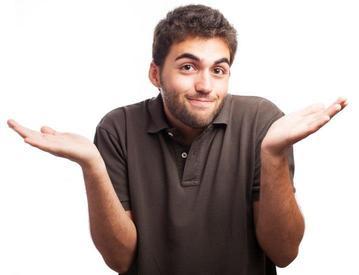 Are All Drugs Narcotics?

Technically, all drugs are not considered narcotics. The current definition of the term is often confused many individuals, but only one specific class of drugs is considered to be synonymous with it: that of opioid analgesics. Which Drugs are Narcotics? According to the Drug Enforcement Administration, “‘Narcotic’ refers to opium, opium derivatives, and their semi-synthetic …

How Can I Minimize the Confusion?

When you are referring specifically to opioid-based drugs, legal for medical use or not, it may be necessary to use the term “opioids.” This can help minimize any confusion that you may be speaking about dangerous, illicit substances when you are not. Still, know that if you use the term narcotic, its most appropriate use is associated with opioid drugs.

Even in the situation of discussing illegal drugs, it is important to know that someone talking about narcotics may not necessarily be referring to a completely illicit substances. It is important to look for context clues to find out whether or not a drug being discussed is illegal or without any type of medical use. If you have further questions about these substances or the term itself, call 800-407-7195(Who Answers?) .

While all narcotics are not illegal, there is a discrepancy in how the term itself is used and which drugs it exactly covers. Medically speaking, though, there are many narcotics that can be used legally while under a doctor’s care. What Does “Narcotic” Mean? Narcotic is a term that covers many types of drugs and …

How is Tramadol Addiction Treated?

Oxycodone vs. Percocet: What’s the Difference?