Traditionally, addiction has been treated outside of the medical world. The Los Angeles Times reports: “Nine out of 10 people addicted to drugs other than nicotine receive no treatment, and most of those who do get it are put through unproven programs run by people without medical training, according to a 500-plus-page report released by Columbia University.”

The more people and organizations begin to agree that addiction is a brain disorder, the more active a role medicine appears to be taking in its treatment. National Institute on Drug Abuse chief Dr. Nora Volkow sees the advances in medication to treat addiction as a good thing: “You are killing two birds with one stone—giving tools to improve outcomes for the patient and giving tools to the physician, increasing the likelihood they will incorporate substance abuse disorders into their practice.”

What follows are some medication trends that are making their way into addiction rehabilitation. Keep in mind that not all treatments are available at all treatment locales. Give us a call at 800-407-7195(Who Answers?) to learn more about the services we offer. 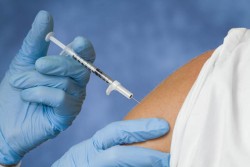 Vivitrol can help with physical addiction.

In 2006, naltrexone, a pill used to treat alcohol dependence, was reformulated into a monthly injection called Vivitrol. In 2010, it was approved for opioid addiction as well. In 2015, it remains trendy.

In the words of Vivitrol’s parent company, Alkermes, “While counseling addresses the psychological aspect of addiction, VIVITROL works on the physical by blocking the pleasurable feelings associated with opioid or alcohol use. This combination is proven to be an effective treatment.”

In studies, 36% of the opioid-addicted patients on Vivitrol were able to stay in a treatment program for the full six months, compared with 23% of the patients receiving a placebo injection. During a 1-year extension phase aimed at preventing relapse in opioid dependence, 62.3% of patients completed the entire phase and 50.9% were abstinent from opioids during that year.” Plus, the use of injected naltrexone, compared to oral naltrexone, reduces drug-related deaths an overdoses during the first 4 months following treatment.

Titan Pharmaceuticals of South San Francisco has developed an implant, Probuphine, that provides constant delivery of the drug buprenorphine—Suboxone in its pill form—for six months. It is targeted at people attempting recovery from dependence on heroin or prescription painkillers and has shown remarkable efficacy.

In studies, almost 66% of patients who had the implant inserted remained in rehabilitation treatment; only 31% of those who received a placebo implant did the same. Additionally, those with medicated implants had increased rates of clean urine tests and lesser rates of withdrawal cravings and symptoms.

Titan completed patient enrollment for a Phase 3 study of Probuphine on November 30. This puts them in line for a potential resubmission with the Food and Drug Administration (FDA) later in the year and possible approval in the first half of 2016.

If approved, it will be the only treatment on the market that can provide continuous delivery of buprenorphine for six months following a single treatment.

A lot of research has gone into an attempt to create vaccines that treat drug addiction. But, they are not moving into funded trials. For one thing, pharmaceutical companies are unlikely to fund trials for drugs like heroin or meth. Further, previous attempts at a cocaine vaccination in 2014 and a nicotine vaccine in 2011 showed dismal results in late stage trials.

As treatments sit poised to go to research trials, they often are incapable of attaining the funding that they need because much of society still holds the addict responsible for their addiction. As the idea of addiction as a brain disorder that responds to medication, as well as to therapy and other traditional methods of rehabilitation takes greater hold, more funding will be available to additional medication treatments.

The current medications may be a fairly new trend, but they give every indication of being the first of many to come. Call us at 800-407-7195(Who Answers?) and learn about other hot trends in the field of addiction recovery.

Traditionally, addiction has been treated outside of the medical world. The Los Angeles Times reports: “Nine out of 10 people addicted to drugs other than nicotine receive no treatment, and most of those who do get it are put through unproven programs run by people without medical training, according to a 500-plus-page report released by …

How is Hydrocodone Addiction Treated?