Is Buprenorphine a Safe Treatment for Narcotic Addiction?

According to the Substance Abuse and Mental Health Services Administration, “When taken as prescribed, buprenorphine is safe and effective.” The drug is well-tolerated by most of the individuals who take it, and it does not cause some of the problematic side effects caused by other treatments for opioid addiction. Though there are some issues with the drug that should be understood and considered by anyone who is considering using it, it is a safe medication that can help protect users from further drug abuse.

One of the most effective parts of buprenorphine treatment, and the way in which it is able to protect users from abusing it, is that it is often given in conjunction with naloxone. The product Suboxone combines both buprenorphine and naloxone in order to protect the drug itself from abuse. Some users may attempt to crush the drug and inject or snort it, but the naloxone present in the medication will precipitate withdrawal immediately if this happens. Because buprenorphine is so regularly prescribed with naloxone, it helps protect users from relapse in this way.

According to the Journal of Neurosciences in Rural Practice, buprenorphine also has a “greatly reduced risk of overdose.” This is because the drug itself is only a partial opioid agonist, and those who take it in larger doses will be less likely to overdose than those who overuse a drug like methadone, a full agonist. The risk of respiratory depression, coma, and death are all considerably lowered during buprenorphine treatment as well, as opposed to during methadone treatment.

Compared with other pharmacological treatments for opioid addiction, buprenorphine can be safer from abuse and overdose, but like all medications, it does have side effects that can be problematic.

Are There Any Dangerous Side Effects Associated with Buprenorphine Treatment? 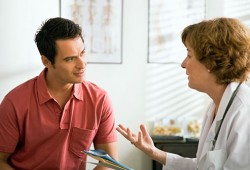 Buprenorphine is safe and effective if taken as directed by a doctor.

The main problematic side effect of buprenorphine is associated with the liver. As stated by the JNRP, “Reports already exist of buprenorphine-induced hepatitis, in particular when used intravenously.” This is because buprenorphine can elevate the liver enzymes in the individuals who take it. As a result, “national guidelines now recommend regular monitoring of liver function, especially when commencing treatment.”

However, the other side effects associated with buprenorphine are similar to those associated with other opioid-based drugs and many of the medications used to treat opioid addiction. Using illegal drugs, drinking alcohol, and taking sedatives, tranquilizers, or other drugs can be dangerous while also taking buprenorphine, as it can seriously slow one’s breathing or cause it to stop altogether. And most individuals will experience some side effects associated with the substance, but these are common ones, such as cravings, distress, irritability, nausea, and constipation.

Is Buprenorphine a Safe Treatment?

For opioid addiction, buprenorphine has been proven to be a relatively safe treatment, especially if patients take their doctor’s advice and do not deviate from their prescription amount. The drug itself can have some issues, but as long as patients are taking it as directed, it is usually very safe and effective.

If you have more questions about buprenorphine or narcotic addiction, call (800) 407-7195(Who Answers?) . We can help you find out about your treatment options as well as answer any other questions you may have.

According to the Substance Abuse and Mental Health Services Administration, “When taken as prescribed, buprenorphine is safe and effective.” The drug is well-tolerated by most of the individuals who take it, and it does not cause some of the problematic side effects caused by other treatments for opioid addiction. Though there are some issues with …

10 Tips for Recovery Support During the Holidays

Can Joining Narcotics Anonymous Help Me?