Stimulants speed up activities in the brain and the central nervous system. Stimulants affect your body by increasing awareness, alertness, motivation, endurance, arousal, respiration, and blood pressure, but, a primary reason for stimulant abuse mainly lies in their ability to produce euphoria.

Stimulant abuse can have devastating consequences on a person’s physical and psychological health as well as far reaching consequences in their family, social, economic, and legal affairs with dangers including:

People can become addicted to stimulants and will suffer withdrawal symptoms when they suddenly stop using them. Many abusers will binge on the stimulants until they are physically, psychologically, and financially exhausted or until the drugs are no longer available. 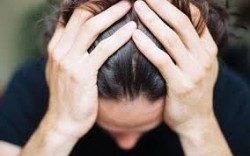 Stimulant abuse can have a major impact on neurotransmissions within the brain and central nervous system impacting their ability to regulate thought, emotions, moods, and behaviors. They may begin suffering acute anxiety, depression, insomnia, or suicidal ideations which become difficult to control. According to the National Institute on Drug Abuse, “Repeated abuse of some stimulants (sometimes within a short period) can lead to feelings of hostility or paranoia, even psychosis.”

Stimulant abuse increases the risks of physical impairments from increased respiration, heart rate, blood pressure, or body temperature. If these symptoms persist or worsen, the possibility of causing serious damages to organs including the brain, heart, lungs, and kidneys can be permanent or fatal.

Risk of Infections and Diseases

Much of the paraphernalia used by stimulant abusers is shared. Straws, needles, and pipes can carry diseases, infections, and viruses from one person to the next and they are at an increased risk for diseases such as AIDs, HIV, Tuberculosis, Hepatitis C, scarring, infections, and damages to the veins and arteries. Sexually transmitted diseases are other associated dangers of stimulant abuse.

Stimulant overdose is always a risk no matter how much is consumed and the risks are increased when combined with alcohol or other drugs.

Stimulants of all forms have potentially dangerous consequences when they are used in the wrong way. Abuse of these drugs can cause mental and physical health problems and much more.