How Likely is It for a Prescription Narcotic Abuser to Switch to Heroin?

What is the Relationship Between Prescription Opioids and Heroin?

According to the National Institute on Drug Abuse, “The recent trend of a switch from prescription opioids to heroin seen in some communities in our country alerts us to the complex issues surrounding opioid addiction and the intrinsic difficulties in addressing it through any single measure such as enhanced diversion control.” Though we attempt to stop prescription opioid diversion as much as possible to help avoid the high levels of opioid abuse, the problem still occurs continuously and often. What’s more, the decreased diversion of prescription drugs that we hope to create cannot make a considerable difference if illegal heroin is still highly available.

Individuals do switch from prescription opioids to heroin for a number of reasons, not just because the second drug causes a more intense high. These reasons include:

Because of these reasons, the switch to heroin is common––and dangerous.

How Common is It for Someone to Make the Switch? 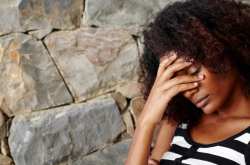 A narcotic abuser will likely switch over to heroin at some point.

It is likely that individuals who abuse prescription opioids in large amounts and who become severely addicted and/or dependent on these drugs will switch to heroin after some time. According to the NIDA, “Nearly half of young people who inject heroin surveyed in three recent studies reported abusing prescription opioids before starting to use” the drug. These numbers are troubling, as a true pattern can be seen among narcotic abusers.

While someone who uses opioids recreationally for the first time is not likely to immediately switch to heroin, all the reasons that cause the latter drug to be more desirable to serious abusers can lead many toward heroin use. This is why it is so important that someone who is addicted, or in danger of becoming addicted, to narcotics receive treatment as soon as possible, hopefully helping them avoid the use of even more dangerous drugs.

Do You Want to Learn More about the Risks of Narcotic Abuse?

Are you looking for addiction treatment? Call 800-407-7195(Who Answers?) today. We can help you with any issue you may have concerning narcotics and can answer your questions about opioid use and abuse.