According to the National Institute on Drug Abuse, drug addiction is a complex illness that can quickly get out of control. Many people say that addiction takes hold of them before they realize it. They are caught in the cycle of drug abuse, which is why starting treatment early is so important. There are many reasons why you should start treatment as soon as you realize that you have an addiction.

1. Drugs Cause Issues with Family

Most people who are addicted to drugs find that their family starts to notice first. Family members often feel the brunt of the physical, mental, and emotional abuse that drug addicts often are responsible for.

Drugs are normally expensive. When you are addicted, you rapidly become tolerant to the drugs that you take. If you are tolerant to drugs, you need more and more of them in order to achieve the same effect. Purchasing increasing amounts is extremely expensive.

3. Drugs can Cause Legal Problems

You can be arrested and imprisoned for possessing or selling certain drugs. You can also be arrested for driving while under the influence of these and other drugs. The legal difficulties can take years to clear up and you can have an arrest on your record for a lifetime.

4. It is Easy to Become Tolerant to the Drugs

Tolerance builds quickly. Although each person’s tolerance level is a bit different, it will eventually take more and more of the drug to achieve the same effect. Each time you take the drug your tolerance builds.

5. The Drugs can Damage your Emotions 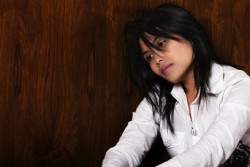 Drugs can cause irrevocable damage to the limbic system. Drugs can cause you to lose your sense of pleasure, particularly in the case of opiates. Although this loss is not normally permanent, it can be.

6. Drugs can Cause Psychosis

Many hallucinogens and other drugs cause psychosis. This psychosis can be temporary or permanent. Some can be extremely dangerous and cause a condition called Hallucinogenic Persisting Precipitation Disorder. This is a permanent state of psychosis and causes a person to continuously hallucinate.

Most drugs cause damage to all of the organ systems. Depending on the drug, they can stop your heart, liver, lungs, and other organs.

8. Drugs can Kill You

An overdose is serious illness or death caused by taking too much of or mixing a drug. Overdose reactions need to be treated by qualified doctors, usually in a hospital setting.

9. Drugs can Make you Lose Control

10. Getting Treatment is Easy

Finding a way to get treatment for a drug addiction is easy. Call us at 1-(800) 407-7195(Who Answers?) . We can find you the help that you need to start your treatment as soon as possible. The consequences of drug use are devastating. It is time to take back control.

According to the National Institute on Drug Abuse, drug addiction is a complex illness that can quickly get out of control. Many people say that addiction takes hold of them before they realize it. They are caught in the cycle of drug abuse, which is why starting treatment early is so important. There are many …

How Can I Find the Treatment I Need for My Opioid Addiction?