Unlike the naturally occurring narcotics such as morphine which are derived from the poppy plant and do not require synthetic changes in a laboratory setting, synthetic narcotics are produced entirely within a lab and are not actually made from the opium poppy at all. Although these drugs may not come from the same naturally occurring plant as non-synthetic narcotics, they are equally as dangerous and can cause extreme physical dependence, addiction, overdose and even death.

Various drugs fall within the realm of synthetic narcotics including many which are produced for medical purposes such as Darvon & Fentanyl, two medications used for the treatment of pain. Synthetic narcotics were once thought to be less addictive and less dangerous than standard opiate narcotics but today, they are being blamed for a number of drug overdoses many of which have resulted in death. 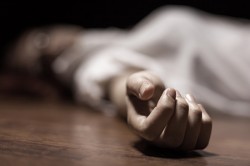 You can overdose on synthetic narcotics.

One of the biggest dangers of synthetic narcotics is the risks associated with mixing them with other narcotics. For instance, mixing heroin and Fentanyl is likely to have potentially fatal consequences. People who choose to use drugs, and to mix narcotics with synthetics have a greater risk of suffering from overdose simply because they do not know the strength of the drugs they are taking until they have already taken a lethal or potentially lethal dose.

Demerol, a synthetic narcotic that is similar to morphine, has been found to have some dangers of its own. When users have produced similar substitutes of Demerol there has been found a potential for the destruction of the same neurons that are damaged when an individual suffers from Parkinson’s Disease. Various clandestine products that mimic Demerol have been synthesized and many users have faced the irreversible damage caused by these drugs.

Dextropropoxyphene is another synthetic narcotic that is highly dangerous. In fact, this drug, which mimics the effects of methadone, is said to be one of the top ten drugs associated with overdose death. The DEA considers this drug a Schedule II Narcotic which means it has a wide potential for abuse and for causing physical dependence. Though a mild pain reliever, this medication is prescribed more than 25 million times annually.

A highly dangerous synthetic narcotic that has caused thousands of overdose deaths and resulted in many hazardous complications and consequences for drug abusers is Fentanyl. The drug is available in a transdermal patch as well as a stick that dissolves in the mouth. This drug is said to be as much as ten thousand times more potent than morphine and has a very wide potential for abuse which can lead to dangerous consequences.

Yes, the History of Opioid Addiction is as Old as the Civil War

I Think My Friend is Addicted to Prescription Pain Medication