Are Narcotics All Dangerous Drugs?

It is important to understand that all narcotics, whether prescription-based or illicit, can become dangerous if abused. According to the National Library of Medicine, “These drugs can be… habit-forming,” and “have been associated with accidental overdose deaths” in those who take them in high doses. Narcotics must be taken carefully and taken as prescribed at all times, and there is a reason why certain narcotics are not recommended for use at all.

How Can Narcotics Be Dangerous? 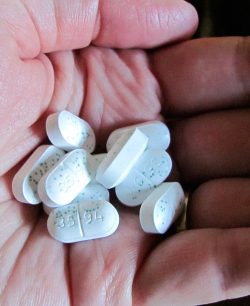 Prescription narcotics are only dangerous when abused.

As stated by the Drug Enforcement Administration, “Besides their medical use, narcotics/opioids produce a general sense of well-being by reducing tension, anxiety, and aggression. These effects are helpful in a therapeutic setting but contribute to the drugs’ abuse.” Someone who takes the drugs to feel these effects will eventually need to take more to feel the same high, leading to compulsive drug use and addiction, a higher risk of overdose, and a host of side effects caused by the act of abusing narcotics in large doses.

It should be remembered that prescribed narcotics can be taken safely and without severe side effects, including addiction. But whenever an individual starts to take these drugs in a way other than prescribed, it becomes more and more likely over time that they will become addicted to the drugs’ effects. Narcotics are dangerous because they lead to many issues associated with severe drug abuse, addiction, and the need for treatment, but these results will only occur if someone abuses them in the first place.

Is Heroin Ever Safe to Use?

Though it can sometimes be safe to use certain opioid-based substances, heroin is a Schedule I substance according to the Controlled Substances Act. This means it is never used medically for any reason and that it has a higher potential for abuse compared to any other schedule drug. It is never safe to use heroin in the way it may be safe to use prescription narcotics under a doctor’s care. A person who abuses, sells, or obtains heroin could be arrested for this act because of the severity of the drug’s effects and its dangerous nature.

No. A person can take certain narcotics, including but not limited to hydrocodone, oxycodone, morphine, methadone, etc., to treat symptoms of pain and other problems and be perfectly healthy, avoid experiencing severe side effects, and never become addicted to these drugs. However, it is important for the individual to be aware of the risk of these drugs causing dangerous side effects and how they must be careful of this possibility if they are taking narcotics through a doctor’s prescription.

All narcotics can be dangerous, heroin especially, but those that can be prescribed by a doctor are safe to take as long as the doctor and patient stay in touch and the patient abides by their treatment plan. If you want to learn more about narcotics and their risks or find an opioid addiction treatment center near you, call (800) 407-7195(Who Answers?) today.

Prescription narcotics can be safe and effective if used as directed by a doctor. However, heroin is a narcotic that is never considered safe and has no known medical use.

What You Must Know About Narcotics Addiction Treatment

The Opiate Overdose Epidemic: Is Someone You Know at Risk?

Calls to any general helpline (non-facility specific 1-8XX numbers) for your visit will be answered by one of our treatment partners, a paid advertiser on Narcotics.com.