While overdose does not necessarily result in death, death becomes an ever-increasing possibility the longer a person uses. Being able to identify narcotics overdose can mean the difference between life and death for you or a loved one. 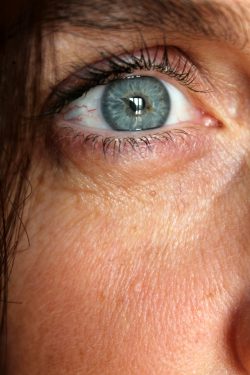 Whether obtained legally or illegally, most all people use narcotic drugs for the same reason: to relieve pain, be it physical or psychological. Narcotic drugs act as central nervous system depressants, meaning these drugs slow down the body’s processes. The same pain-relieving effects had on the body create an equally calming, and even euphoric effect in the mind.

Some of the more well known narcotic drugs include heroin, morphine, hydrocodone and Demerol. The overall sedating effects of prescription narcotics can slow a person’s breathing rate, induce drowsiness and nausea, even when taken as prescribed. The same goes for the illegal drug varieties.

The physical make-up of narcotics allows them easy access to most every area of the body. Narcotics overdose happens when the amount of drugs in the system overload brain and body functions. Once metabolized by the liver, the metabolites of narcotic drugs move throughout the bloodstream. In metabolite form, narcotics last longer in the bloodstream and increase in amount when compared to the amount of drugs actually consumed.

Symptoms of narcotics overdose can vary depending on a person’s overall health and how long a person has been on the drug. Signs to watch out for include:

Of all the symptoms, respiratory distress is by far the most dangerous and accounts for the majority of deaths caused by narcotics overdose.

There are numerous dangers associated with a narcotics overdose, the top two being coma and death. Narcotics are sedative drugs, such as opiates, that cause a person to feel extremely relaxed while sending a surge of euphoria throughout the user’s body.

The cause of narcotics overdose can vary from person to person. The type of drug used and how it’s ingested can also be contributing factors. People who take narcotics intravenously may overdose from too high a dose or from one of the substances mixed in with a narcotic. The combined effects from mixing a narcotic with another substance can also cause an overdose, such as with heroin and codeine.

Because of the way the body continually craves larger and larger doses of narcotics, people who’ve used for a long time increase the likelihood of overdosing every time they use. Since it only takes one “wrong-sized” dose to overload the brain and body, the larger the dose the higher the risk.

The same goes for prescription narcotics when it comes to managing pain symptoms. After a while, a person will require larger doses to feel the same pain-relieving effects. With long-term prescription use, the risk increases with each increase in dosage.

If you or someone you love is at risk of narcotics overdose, call 800-407-7195(Who Answers?) to find addiction treatment programs near you.

When experiencing narcotics overdose symptoms, you may feel alone, uncomfortable and overwhelmed. It is important to understand and seek help for these symptoms.