Is a Narcotics Overdose Always Fatal?

Narcotics can be used to describe a wide range of psychoactive drugs including opioids, cocaine, methamphetamine, and hallucinogens, but, the term most often describes those types of drugs that have a numbing effect such as heroin, morphine, methadone, and codeine.

A narcotic overdose can occur for many reasons beyond using these drugs in high amounts, with other substances, or via rapid delivery methods such as intravenous injection, which according to the World Health Organization (WHO), “is the leading cause of avoidable death.” Although a narcotics overdose is not always fatal, they can significantly contribute to morbidity and seriously disabling health problems that lead to higher mortality rates.

Worldwide it is estimated that 70,000 – 100,000 people die from opioid overdoses each year and that many more fatalities can be attributed to health complications as a result of non-fatal overdoses. According to the CDC, “Deaths from prescription painkillers have also quadrupled since 1999, killing more than 16,000 people in the U.S. in 2013.”

According to the Drug Abuse Warning Network (DAWN) , there were an estimated 488,004 emergency department visits involving opioid pharmaceutical abuse, in 2011, and an estimated 258,482 involving heroin abuse.

With an estimated 2 million Americans dependent or abusing prescription opioids and an untold number of heroin users, it is highly likely that many non-fatal narcotic overdoses go unreported for fear of police or authoritative agency involvements, ambulatory costs or ineffectiveness, or fear of being stigmatized. 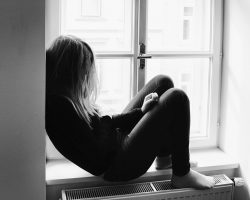 The increase in those individuals using the alternative, cheaper, and more accessible opioid drug, heroin raises a growing concern of narcotic overdoses increasingly appearing in epidemic proportions. Heroin potencies are much higher than they have ever been before and even the smallest dose in an opioid naïve person or someone with a reduced tolerance such as after a detox from opioids can be fatal.

Too often, narcotic overdoses are the result of combination use with other substances and according the American Academy of Pain Medicine, “Middle age is the most vulnerable time for opioid overdose.” IV narcotic users often have compromised health including diseases such as AIDs, Hepatitis, and HIV and even their medications can make them vulnerable to a narcotics overdose. Opiate Overdose Risks & the Dangers of Not Getting Needed Treatment Help

Factors such as withdrawal symptoms and tolerance level increases contribute to one’s opiate overdose risk. Without treatment help, someone who abuses narcotics will likely overdose at some point.

Symptoms of a Narcotics Overdose

Opioid narcotics depress breathing and other central nervous system functions such as heart rate and blood pressure. If breathing slows down too much, reduced oxygen levels in the blood can damage vital organs including the brain and heart. A non-fatal narcotics overdose can cause cerebral hypoxia, reduced immunity, pneumonia, cardiovascular and pulmonary problems, and untimely death from complications.

The most common symptoms of narcotics overdose include:

We can help you find treatment for narcotics addiction. Call 800-407-7195(Who Answers?) toll free today.

An overdose on narcotics can cause significant harm to a person, including brain damage and cardiac problems. They are often fatal, however not always.