These are the lyrics from Mac Miller’s platinum track “Come Back To Earth.” The song’s album, Swimming, achieved platinum status in February of 2021 – two and a half years after the rapper’s death.

It was Miller’s first album to go platinum.

Why didn’t Miller live to see his own success? Because on September 4, 2018, he was given counterfeit oxycodone pills. The drugs contained fentanyl, which is deadly in even the smallest doses.

Apparently unaware of the fentanyl laced into of the pills, Miller overdosed three days later. He died on September 7 from what the coroner labeled “mixed drug toxicity” – a combination of fentanyl, alcohol, and cocaine. 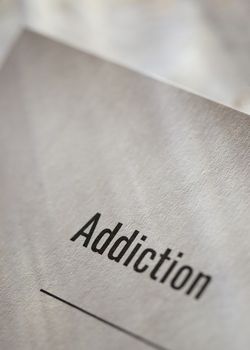 Fast forward to October 2021. Miller’s songs are going double platinum, and the dealer who supplied the fentanyl-laced drugs has pled guilty of the crime. The dealer, Stephen Andrew Walter, now faces up to 20 years in prison and a fine of up to $1 million.

According to the plea, Walter told a drug runner to give counterfeit oxycodone pills containing fentanyl to Miller’s dealer, who then provided them to Miller.

Walter admits he knew the pills “contained fentanyl or some other federally controlled substance.”

The plea also notes that, if it weren’t for the fentanyl in the pills, Miller would not have died from an overdose. But, because Walter supplied the laced drugs, Miller suffered a fatal overdose three days after receiving them.

Walter’s plea is guilty to one count of distributing fentanyl. The dealer and runner have also been charged.

Mac Miller, born Malcolm James McCormick, released five rap albums before his death. He was open about his struggle with sobriety, and his lyrics frequently referenced substance abuse.

Just four months before his fatal overdose, Miller crashed into a light pole while driving under the influence. Miller reported that the experience changed his perspective on life. But it clearly didn’t push him to total sobriety.

“I would just tell myself to worry a little less and…don’t create all of this weight for things. Everything has so much weight, but it’s all just chapters. It’s all just pieces of the story. There’s gonna be a next part.”

Miller was preparing to take his newest album, Swimming, on tour when the fentanyl-laced drugs landed in his hands. In one of his last interviews before the overdose, the rapper noted, “There’s pressure. A lot of times in my life I’ve put this pressure to hold myself to the standard of being whatever I thought I was supposed to be, or how I was supposed to be perceived. And that creates pressure.”

When asked what he would tell his younger self, Miller replied, “I would just tell myself to worry a little less and…don’t create all of this weight for things. Everything has so much weight, but it’s all just chapters. It’s all just pieces of the story. There’s gonna be a next part.”

Too Many Americans Never Made It to the Next Chapter 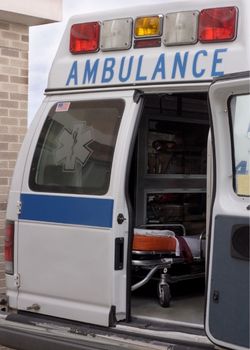 This year, drug enforcement agencies are reporting unprecedented amounts of fentanyl in the drugs they confiscate. And stress from the ongoing pandemic seems to be escalating the crisis.

What’s next? Will we see the numbers continue to rise? Will we find new solutions to reach people and prevent future deaths like Mac Miller’s?

We’ll let his words speak for themselves:

“Somehow we gotta find a way

No matter how many miles it takes

I know it feels so good right now

But it all come fallin’ down.”

Ready to talk to a treatment specialist? Contact us today at 800-407-7195(Who Answers?) to learn about our flexible treatment programs for drug and alcohol addiction.

Can My Insurance Pay for Narcotic Addiction Treatment?