As a relatively new drug on the market, synthetic marijuana is on the market legally and is proving to be extremely dangerous. Although many states are already banning it, it is still for sale legally in some areas of the United States. According to the National Institute on Drug Abuse, manufacturers are falsely labeling it as a natural psycho-active substances made from many natural herbs. Since many people think natural is not dangerous, they use synthetic marijuana and find themselves in deep trouble.

What is Synthetic Marijuana?

This designer substance is marketed as an all-natural, legal version of marijuana with the same effects and positive benefits. Most of the time synthetic marijuana is a mixture of: 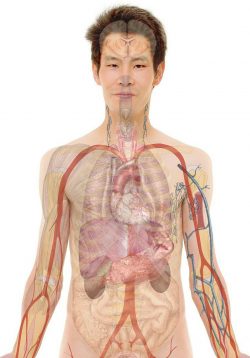 Synthetic marijuana can cause kidney failure.

This combination of herbs is not at all dangerous. It is what is sprayed on them that is. While the synthetic marijuana trade started with HU-210, a compound similar to the THC found in natural marijuana, when the Drug Enforcement Administration changed its designation to a schedule I drug, manufacturers began finding new and more dangerous chemicals to use. Some sources say that manufacturers have made a game of producing new substances to use to stay ahead of the DEA making their products illegal.

Why is it Dangerous?

Synthetic marijuana is dangerous because many of the compounds they spray on the herbal mixture produce powerful, unwanted effects. According to the National Library of Medicine, synthetic marijuana is nothing like the natural version of the drug. Some of its effects are:

These effects have not been studied or approved by the FDA and every time a manufacturer comes up with a new form of what they call synthetic THC these reactions change as do the severity of the effects.

Part of the danger in using synthetic marijuana is this lack of knowledge. The more the manufacturers chase keeping it legal, the further the synthetic THC gets from natural THC. This creates new dangers and more issues with addiction and deadly side effects.

Due to the unknown facts about this drug it is impossible to tell what the long term effects are. What the regulatory agencies do know about it, is that it is responsible for thousands of emergency room visits and deaths reported in the news across the country. Until more is known about synthetic marijuana, it is impossible to tell how much of a danger it is to its users.

For more information about synthetic marijuana, its uses, addiction, and how to get off this dangerous drug call us at 800-407-7195(Who Answers?) .

Just because synthetic marijuana is legal in some areas, doesn’t mean that it’s safe. In fact, this drug has been shown to cause a number of adverse side effects.