Anyone who’s sought out treatment for a narcotic addiction well knows the damaging effects these drugs can have on a person’s physical, mental and emotional health. During the course of drug use, addicts have little to no awareness of the consequences of narcotics addiction in spite of the experiences taking place right in front of them.

A narcotics addiction starts out with a few uncomfortable side effects that quickly go away with another dose of the drug. Over time, these side effects worsen in intensity driving a person to take increasingly larger amounts of the drug. Meanwhile, this vicious cycle breeds chaos and dysfunction in every area of the addict’s life.

Ultimately, the consequences of narcotic addiction leave a person with a whole new outlook and mindset that’s revolves around getting and using drugs.

Narcotics and the Brain 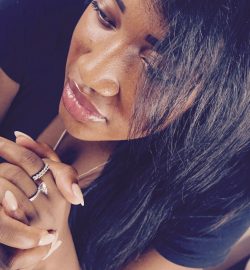 Fatigue and feelings of sadness are common narcotics withdrawal symptoms.

Narcotic drugs, also known as opiates, exert a tremendous toll on the brain’s overall chemical make-up. Opiates are well known for their analgesic effects as well as for the pleasant aftereffects that occur.

Once ingested, opiate narcotics quickly bind to key brain cell receptor sites, at which point large amounts of neurotransmitter chemicals are released. According to California State University, neurotransmitters act as communication messengers throughout the brain. In effect, narcotics impair the brain’s communication processes with continued use.

By the time a narcotics addiction sets in, a person’s brain functions have been warped by the cumulative effects of the drug.

Withdrawal effects play a pivotal role in the narcotics addiction cycle making it all but impossible for addicts to stop using. Someone who’s only used narcotic opiates for a week will likely start to experience withdrawal symptoms as soon as 12 hours after his or her last use, according to the University of Maryland Medical Center.

When withdrawal effects start to occur on a regular basis, the brain and body have developed a physical dependency on the drug.

For long-term users, narcotics addictions greatly impair a person’s physical health leaving him or her susceptible to sickness and disease conditions. With little to no appetite for food, addicts tend to develop poor nutritional habits that work to compromise the body’s immune system over time.

Narcotic abuse also takes a toll on liver and kidney functions, the two organs responsible for eliminating toxin wastes from the body. These effects further compromise a person’s health status. Heart conditions, gastrointestinal problems and respiratory illnesses are just a few of the health consequences that can result.

Besides the physical dependency that comes with continued drug use, narcotics addictions breed a psychological dependency that overpowers a person’s motivations and overall mindset. Narcotics activate the brain’s reward system, which regulates learning processes and determines what motivates a person to act.

With ongoing use, this reward system comes to associate drug use with survival. At this point, a person actually believes he or she needs the drug’s effects to cope with everyday life.

When a person is addicted to narcotics, their entire life relvolves around drugs. Thoughts, behavior and action are dominated by obtaining and doing narcotic drugs, regardless of the consequences.