Who Abuses Narcotics (And How Can They Find Help)?

Unfortunately, the abuse of narcotic drugs is on the rise and has been for several years. Many people are misusing opioids or painkillers, both illicit and prescription, and professional treatment will be necessary in order for these individuals to put an end to their abuse. If you want to find a rehab center where you can be treated for narcotic addiction, call (800) 407-7195(Who Answers?) now.

Many different types of people abuse narcotics for many different reasons. The important thing to remember is that any use of these drugs not prescribed by a doctor or different from one’s original prescription is considered abuse.

People who are Prescribed Narcotics

Some people start out using their pain medications exactly as prescribed. According to the National Library of Medicine, “When used carefully and under a health care provider’s direct care, these drugs can be effective at reducing pain.” However, over time, some individuals begin taking them in a way that was not prescribed (either in higher doses or more often than prescribed). These individuals often do so to try and combat the tolerance they are experiencing and do not tell their doctors. When this occurs, the individual has a high chance of becoming addicted.

People who are Suffering from Pain or Other Conditions

Some people take someone else’s medication in order to treat their pain or just to get high. These individuals are also abusing the drug, as it was never prescribed to them in the first place. Even if they are using it for its intended purpose, it is still considered abuse because no doctor prescribed them the drug.

People who once were Prescribed Narcotics 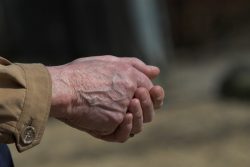 American men have the highest rate of narcotic abuse.

Others still either switch from prescription narcotics to illicit ones like heroin or start off using these dangerous street drugs that have no sanctioned medical use. The former issue is disturbingly common, though. According to the National Institute on Drug Abuse for Teens, “Nearly half of young people who inject heroin surveyed in 3 recent studies reported abusing prescription opioids before starting to use heroin.”

Americans are highly likely to abuse opioid drugs, as well as men are more likely to do so than women. Those in late adolescence or early adulthood also are one of the most affected groups. But where can the individuals who have been abusing these substances go to find help?

Finding help for narcotic abuse and addiction is possible. No matter your background and which type of opioid you were abusing, there are specific treatment options catered to you to help you recover and live a happier, drug-free life. To find help, seek out a professional treatment center where you can begin your recovery safely and with the assistance of trained healthcare providers.

Call (800) 407-7195(Who Answers?) now to find rehab centers where you can put an end to your substance abuse. The unsanctioned use of opioids is extremely dangerous and will often lead to addiction, as well as a number of other issues. The longer you continue this problematic use, the more dangerous it becomes. Call today to find help and to start on the journey toward your recovery.

When Should I Seek Treatment for Narcotic Abuse?

Narcotics abuse affects people from all walks of life, but there are certain populations that are more likely to succumb to this behavior.