Darknet fentanyl. A 10-month investigation across three continents. Dozens of law enforcement agencies. This was no small operation.

And it paid off.

After careful coordination among nine countries, operation “Dark HunTor” took 500 pounds of illicit drugs off the market – along with $32 million in cash and 45 firearms.

The far-reaching drug enforcement operation was designed to send a message to people peddling illegal drugs: “There is no dark internet.”

No More Hiding in the Dark for Darknet Fentanyl

The dark web has become a playground for online peddling of pills laced with fentanyl. 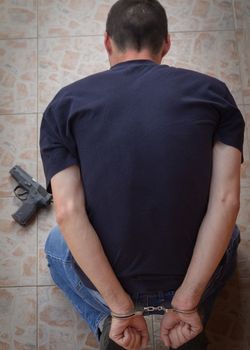 Dealers have found new ways to push drugs, post their offerings, and package them like any other online purchase.

“Today, we face new and increasingly dangerous threats as drug traffickers expand into the digital world and use the Darknet to sell dangerous drugs like fentanyl,” noted Administrator Ann Milgram of the Drug Enforcement Administration (DEA).

When researchers interviewed dealers on the dark web, they discovered that it has (seemingly) offered a “safe” space for illegal sales, attracting new criminals and illegal “entrepreneurs.”

One respondent admitted, “I hadn’t ever thought about selling drugs in any capacity because I dislike violence… I was always too scared and slightly nerdy to do that and never really contemplated it seriously until the dark web.”

Another boasted, “Selling offline is borderline stupid. You can make so much more money online, the risks [in selling outside cryptomarkets] aren’t even remotely worth it.”

This recent operation led to a staggering 150 arrests – so far. Jean-Philippe Lecouffe, deputy director of operations for Europol, reports that the investigation is ongoing, and will likely lead to even more arrests. He noted, “Each time we arrest people, each time we search a house, we find new leads.”

Law enforcement officials want to make it clear that dealers can’t hide behind the dark net.

Lecouffe explained, “The point of operations such as the one today is to put criminals operating on the dark web on notice: the law enforcement community has the means and global partnerships to unmask them and hold them accountable for their illegal activities, even in areas of the dark web.”

Assistant Attorney General Kenneth A. Polite Jr. of the Justice Department’s Criminal Division also noted, “The men and women of the department’s Criminal Division, in close collaboration with our team of interagency and international partners, stand ready to leverage all our resources to protect our communities through the pursuit of those who profit from opioid addiction, under the false belief that they are anonymous on the Darknet.” 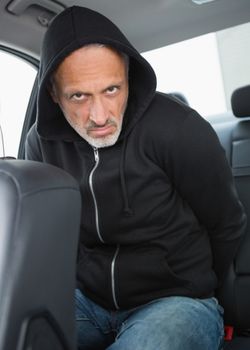 Operation Dark HunTor included coordinated efforts among agencies in the United States, the United Kingdom, Australia, Bulgaria, France, Germany, Switzerland, the Netherlands, and Italy. The investigation and resulting arrests exposed key players in the illicit online drug market. The 150 arrests included 65 in the U.S., 47 in Germany, and 24 in the United Kingdom.

What kinds of dealings did the operation discover? In Monaco, officials exposed home-bound drug makers who produced deadly-disguised pills. Using special presses, they could create pills that resemble legitimate medication. Another piece of the investigation uncovered operations based in Florida and Rhode Island that “advertised and sold pressed fentanyl pills throughout the United States.” Lecouffe reports that the long list of suspects arrested includes some “long-sought, high-value targets.”

Deputy Attorney General Monaco noted, “Operation Dark HunTor prevented countless lives from being lost to this dangerous trade in illicit and counterfeit drugs, because one pill can kill.” And that’s no exaggeration. Just two milligrams of fentanyl can be fatal. And dealers often lace their drugs with far more than the lethal amount.

“These drug traffickers are flooding the United States with deadly, fake pills, driving the U.S. overdose crisis, spurring violence, and threatening the safety and health of American communities,” said Milgram. “DEA’s message today is clear: criminal drug networks operating on the Darknet, trying to hide from law enforcement, can no longer hide. DEA, the U.S. interagency, and our valued international partners are committed to dismantling drug networks wherever they are, including the Darknet.”

Darknet fentanyl. A 10-month investigation across three continents. Dozens of law enforcement agencies. This was no small operation. And it paid off. After careful coordination among nine countries, operation “Dark HunTor” took 500 pounds of illicit drugs off the market – along with $32 million in cash and 45 firearms. The far-reaching drug enforcement operation …

When is a Drug Intervention Specialist Necessary If a Loved One Has Opiate Addiction?

Why is the CDC calling Narcotics use an Epidemic?