Demerol Abuse: What You Need to Know

Demerol, also known as meperidine, is one of the opiate painkillers available for those who have severe pain. It is very similar to morphine in the way that it acts to change the way that the brain senses pain. Also like morphine, it is very easy to abuse.

If someone you know is considering taking Demerol without a prescription or is taking more than prescribed, you should know a few things about Demerol abuse.

How Demerol is Abused 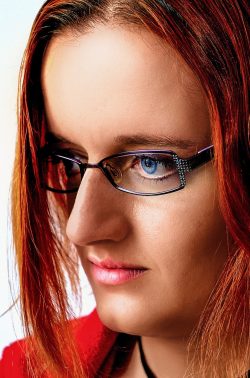 Demerol abuse can lead to a lack of attention and focus.

Demerol comes in both a tablet and as syrup. It is designed for people to take it orally. Unfortunately, people who abuse Demerol crush the pills to snort or inject it. They might mix the liquid with other medications or with alcohol.

Both forms are very dangerous because taking more than the recommended amount can cause severe side effects, including overdose. Crushing the time-release capsules allows more than the regular dosage into your system at once. If you or someone you know abusing Demerol, call (800) 407-7195(Who Answers?) , before it is too late.

Someone who is abusing Demerol will begin to show certain signs of Demerol abuse or addiction. These signs are divided into three categories, physical, mental, and general.

According to the National Library of Medicine, the physical signs of Demerol abuse are:

Demerol acts on opioid receptors in the brain. This can cause a variety of noticeable mental symptoms. The mental signs of Demerol abuse:

All of these signs appear when someone is actively abusing Demerol. The more that they use the more of these effects they are likely to have.

According to the Mayo Clinic, there are some general signs that someone is abusing any drug including Demerol, these signs are:

Most people addicted to Demerol or another opiate display these signs.

Am I a Prescription Painkiller Addict?

There are also some alternative treatments available such as:

You can find Demerol abuse treatment by calling (800) 407-7195(Who Answers?) . We can help you find the right Demerol addiction treatment program for you or someone you love.

There are some common physical and psychological signs of Demerol abuse you should become aware of. If you or someone you know abuses Demerol, it’s imperative that you seek treatment help.