Understanding the Medical Use of Narcotics

Considering the near epidemic in opiate addiction rates over the past decade, it’s a wonder why these drugs continue to be prescribed so often. The truth of the matter is narcotic opiates counteract pain symptoms unlike any other type of drug.

As government-regulated controlled substances, prescription and over-the-counter opiates occupy Schedules II through IV of the controlled substances drug classes. With Schedule I drugs carrying the highest potential for abuse and addiction, drugs in this class have no known medicinal uses.

According to the U. S. Drug Enforcement Administration, Schedule II through IV substances all carry certain medical uses for narcotics though Schedule II drugs pose the greatest threat for abuse and addiction within these classes. In effect, any one drug’s abuse potential determines its class assignment with Schedule V drugs posing the lowest potential for harm.

In spite of their potential for addiction, the brain and body naturally respond to opiate effects in both good and bad ways. Until medical advances bring about a more effective pain relief alternative, medical uses for narcotics will continue to prevail. 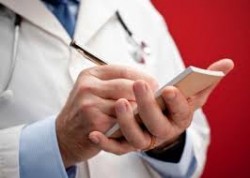 Narcotics are commonly used in medicine.

As a group, narcotic opiates interact with the brain in one (or more) of three ways –

The medical use of narcotics as pain-relievers falls under the agonist category of opiates. According to the U. S. National Library of Medicine, agonist drugs, such as codeine, morphine and oxycodone cause certain brain cells to secrete large amounts of endorphin neurotransmitter chemicals throughout the central nervous system.

As neurotransmitter chemicals regulate communications between the various brain regions, opiate narcotics can intercept and block pain signals coming from different areas of the body. While opiates do a good job at muffling pain sensations, the actual source of the pain remains untreated.

The medical use of narcotics as opiate addiction treatments employ agonist, antagonist as well as partial agonist opiate agents. Agonist drug types, such as methadone stimulate endorphin secretions in the brain like addictive opiates do, but carry a much lower potential for addiction.

Antagonist opiates work by blocking key brain cell sites and thereby preventing other opiate drugs from stimulating endorphin secretions, according to the University of Northern Iowa. These types of drugs are commonly used to keep a person from relapsing while in recovery.

Partial agonist drugs, such as Suboxone contain both agonist and antagonist agents, which work to alleviate withdrawal and cravings effects while at the same time preventing a person from abusing the treatment drug.

There are many different substances that are considered narcotics, and many of these have legitimate medical uses. Narcotics are used for pain management and other medical needs.