When an individual is using Hydrocodone, either as medically prescribed or for recreational purposes, it can be difficult to recognize the signs of an addiction early on. The signs of hydrocodone addiction often present similar to the signs of any other addiction, beginning with an inability to control the drug use and an increased tolerance later followed by withdrawal symptoms and an inability to quit taking the drug despite a desire to do so. Here are the most common signs to be on the lookout for:

1. Taking a larger dose than prescribed.

According to Medline Plus, “Hydrocodone may be habit-forming.” Taking a dose larger than prescribed can lead to a number of complications including fatal overdose. This is one of the first signs that you have developed a tolerance and that addiction is forming.

2. Withdrawal from friends and family.

People who are addicted to hydrocodone will often withdrawal from their loved ones in an effort to prevent them from figuring out that there’s a problem.

3. Running out of medication. 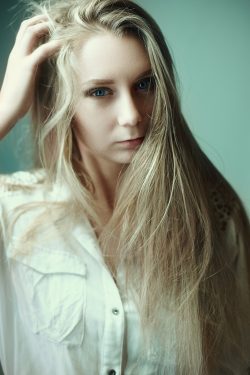 One sign of addiction is feeling anxious or sick when you haven’t had hydrocodone for some time.

Hydrocodone addiction will often lead to an individual running out of medication long before his or her scheduled refill date if the drug is prescribed.

4. Using Hydrocodone for reasons other than to treat pain.

Hydrocodone addiction is often realized when an individual starts to take the drug for reasons other than to treat pain. The user may use hydrocodone just to get high, to cover up emotional pain, to have fun at a part or for some other reason.

5. Stealing to fuel a drug habit.

Hydrocodone addiction often causes people to lash out and do things that they otherwise wouldn’t do. Stealing from friends or family members to fuel a drug habit is one of many common symptoms of addiction.

When an individual is addicted to hydrocodone, he or she will feel symptoms of withdrawal when they stop taking the drug. The symptoms may include nausea, vomiting, diarrhea, pain and chills.

7. Changes in sleep patterns or behaviors.

Hydrocodone addiction will often lead to insomnia or periods of deep sleep. Being addicted is also responsible for changes in behavior often causing the individual to act irrationally or to behave oddly.

8. Continued drug use despite consequences.

Addiction causes an individual to downplay or to react to their drug use in a way that makes it “acceptable.” Most people who are addicted will continue to abuse the drug despite the fact that they have been in trouble, suffered relationship problems or have had health consequences as a result of their drug use.

Most of the time, people who are addicted to Hydrocodone or any other drug will show changes in physical appearance. They may neglect to take care of themselves or they may have noticeable scarring or sores on their body as a result of injecting the drug.

Hydrocodone addiction is often responsible for erratic drug use which leads to overdose. If you notice that someone you love has had a problem with hydrocodone and has overdosed, addiction is likely to blame.

Hydrocodone is a painkiller that’s prescribed and abused very often. Brand name medications include Vicodin and Lortab, and all of these medications are potentially addictive.