Consequences of Cannabinoid Use

According to the National Library of Medicine National Institutes of Health, marijuana was banned in the 1930s because of the concerns that arose from the drugs abuse although cannabinoids from marijuana have been used in medicines for thousands of years. However, in recent years marijuana and its cannabinoids have been reemerging in the medical field and have been utilized more for their therapeutic value.

Although cannabinoid use does have some positive impact for people who suffer from certain illnesses, people who abuse the effects of cannabinoids can have negative health problems from the drug.

Consequences of Cannabinoid Use 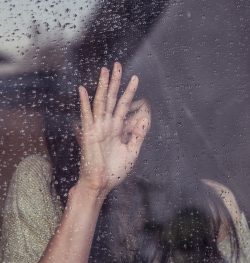 A cannabinoid addiction can be detrimental to your mental and physical health.

Marijuana is the number one abused illegal drug in the world. Although some states in America have granted medical usage for Cannabis (or marijuana) it is still illegal for people to use marijuana in other states or for people to use it if they do not have medical permission. The abuse of marijuana can lead to several health concerns; the number one concern is the risk of lung cancer.

Another consequence of cannabinoid use is the risk of cardiovascular problems. The cannabinoids in marijuana increase a person’s heart rate by up to 100% which can lead to heart palpitations and irregular heartbeats. In addition, marijuana contains carcinogenic toxins which can lead to a person having more lung problems, such as pneumonia, and cause a person to damage their lungs over prolonged use of the drug.

One of the overlooked consequences of cannabinoid use is the impact the drug has on a person’s brain. Although in small quantities marijuana may be beneficial to some people, abuse of the drug can impact the chemical makeup of the brain and cause mental ailments to occur. Marijuana has been proven to create anxiety and paranoia in some people and has been proven to worsen the effects of schizophrenia in people who have been diagnosed with the mental illness.

Long term marijuana usage has also been proven to affect a person’s memory, causing many people to become extremely forgetful, which leads to people not fulfilling their responsibilities at work and having a difficult time remembering new information when at work.

The consequences of cannabinoid use will affect every person differently, but there are treatment options available to individuals who develop addictions to marijuana and wish to stop using the drug. Numerous marijuana users realize at some point that they do not like the effects the drug is having on them and try to make a change. Some people need help to stop using marijuana because the effects of the drug are hard to give up and the availability of the drug is very high, being that many people use the drug. There are marijuana rehabs available to people who need help coming clean and there are many support groups that offer free services to people to help them stay away from the drug.

The consequences of cannabinoid use can most commonly seen when people smoke marijuana which contains cannabinoids that create feelings of pleasure.